Returning to Their Roots: City of Yelm's Hometown Staff Grew Up Locally

To paraphrase a common saying, you can take a person out of Yelm, but you can’t take Yelm out of the person. Just ask the 10 local alumni now working for the City of Yelm, all of whom grew up in the area and returned after exploring other parts of the state and country. Conversations with three of them revealed what brought them back, how their local knowledge informs their jobs, and why they love working in the place where they were raised. 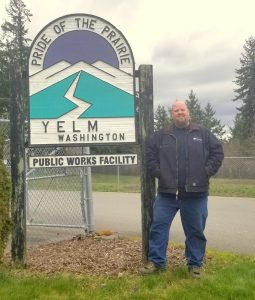 Brad Chatwood has deep roots in the region, with ties to some of the area’s first settlers. After graduating from Yelm High School, Chatwood got a job with the City of Lacey’s Public Works department but always wanted to return to the town where he grew up. “My family has been here since the beginning, all the way back to James Longmire,” notes Chatwood, a water operator II for the city. “We have a long and great history with Yelm.”

Financial Analyst Michael Malek credits the Future Business Leaders of America (FBLA) club at Yelm High School with laying the groundwork for his future role. “Having my hands in local events while I was in school definitely helped me prepare for my position,” he says. “I now work with the community and local businesses on a daily basis.”

Like a number of students, Malek’s first job during his teen years was at the Yelm McDonald’s. There he learned skills that could be transferred into other positions during college, and upon graduation, he returned home. “After buying a house in Yelm, raising my daughter and noting daily why I wouldn’t ever want to leave, I found a position within the City where I could use my expertise,” he says. 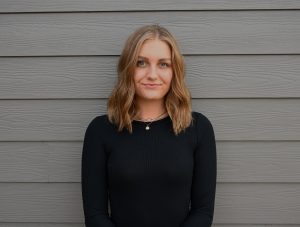 All three agree that growing up in the area contributes to their ability to do their jobs well. Feller notes that moving away gave her a greater appreciation of her hometown. “I was born and raised in Yelm and it wasn’t until I moved away to a big city that I truly understood what it meant to be a part of a community.”

Growing up in Yelm means that Chatwood is familiar with where different utilities are located and when they were built, but there’s more to it. “I work in the water department and I’ve always taken pride in my work wherever I’ve been, but with Yelm it’s special,” he says. “It’s amazing how far it’s come in a short amount of time and I look forward to many more years with the city.” 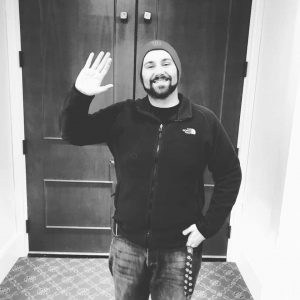 Malek finds that relationships are a key part of his role, particularly when it comes to knowing local business owners. “That helps immensely in doing my job better,” he says. “It’s so awesome to walk into a business and know exactly who to talk to. The city is all about family, and I think the relationships the city builds with its citizens, volunteers, business owners and governing bodies are so important.”

As a city employee, he has a slightly different perspective today than he did growing up. “Every day I come to work, I am reminded of how amazing our community is,” says Malek. “We come together to create events that help with the growth of the city. The amount of community support is very important.” For example, the Yelm Dollars for Scholars auction, which provides scholarships for graduating seniors, is one of the most successful in the state, raising more than $2 million since 1991.

Although Feller, Chatwood and Malek graduated at different times, all have witnessed explosive growth and many changes in Yelm within their lifetimes. As of 2017, the population was 9,125 with nearly 40,000 residents in the unincorporated areas around the city.

That hasn’t affected the town’s basic identity, according to Feller. “I was only away at college for 3 years but every time I came home to visit, I was shocked to see how much had changed. But no matter how much was different, the one thing that I knew would never change is our small town atmosphere.”

Chatwood agrees. “Yelm has grown a lot since I was a kid, but it still has the same vibe it’s always had,” he says. “I love it here.”